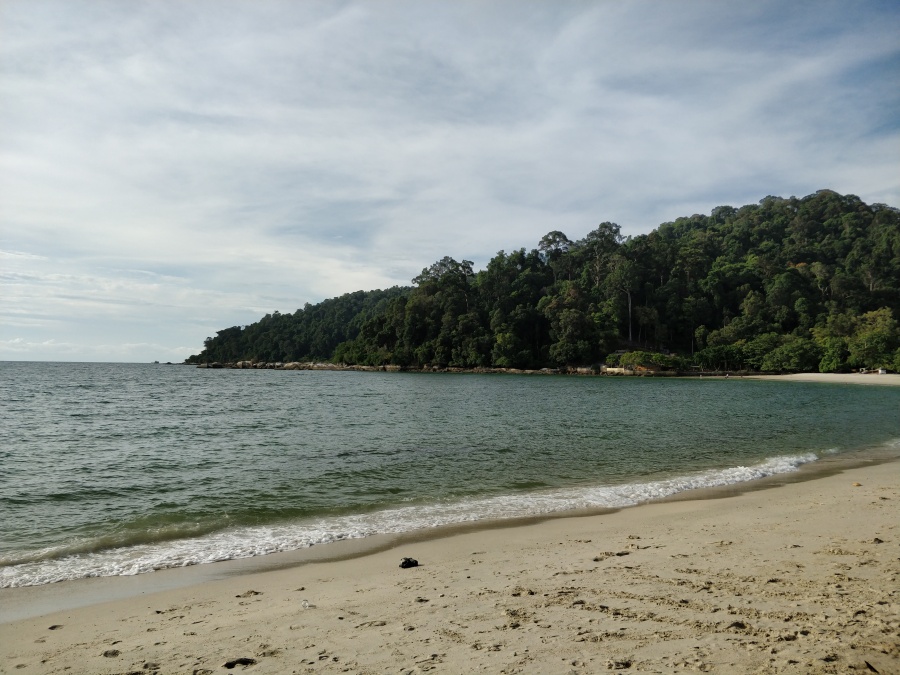 Pangkor Island is just off the west coast of Malaysia and only a three/four hour drive from Kuala Lumpur. However, if you take the bus, it could take up to six hours, but hey, that’s cheap public transport for you and a driver who wanted to delay the journey by forty-five minutes to have lunch!

The bus travels from Kuala Lumpur to Lumut, with a change in Ipoh, then a ferry runs from Lumut to Pangkor Island. Because of our delayed bus journey, we missed the last ferry from Lumut, but managed to jump off the bus and get a taxi to Marina Island, where we caught another ferry. The ferries from Marina Island are slightly more expensive than Lumut, but they only take ten minutes, compared to fourty-five minutes.

The island is small, but big enough to warrant some sort of transport to get around. We used the pink minivan taxis – just flag them down, agree a price and off you go! We used them to travel to/from Coral Beach, which was further north up the coast from our accommodation.

To be honest, I wasn’t expecting much from the island but I was pleasantly surprised. The beaches were clean, sandy and not crowded. Although the visibility for snorkelling was poor, Coral Beach was a great place to relax for a couple of days, reading, perfecting our swimming technique and playing on the swings.

We ate huge portions of reasonably priced, delicious, veggie food at Daddy’s Cafe, which is on Coral Beach. The dahl was amazing and was a welcoming change from nasi goreng.

The island isn’t that developed (yet) and there were only a few other foreign tourists. The other people were either locals or Malaysians escaping for the weekend.

There is a large amount of rainforest in the centre of the island, which provides a home to groups of monkeys (long tailed macaques) and hornbills! I’d never seen hornbills before so you can imagine how excited I was when one landed on the table next to me to pinch some watermelon! Everyday, at least two hornbills would come and investigate the beach cafes, to eye up any food that they could steal. It was amazing being so close to these birds. Aren’t they beautiful?!

On the (very early) morning that we left, there were at least twenty hornbills around the harbour – in the trees and on the roofs. One even had a stand-off with a small cat… and the cat won!

I’d recommend visiting Pangkor Island for a couple of days – it’s a great place to relax and get away from people after the hectic city of Kuala Lumpur. Getting to the island, accommodation and food is inexpensive, so it’s worth the little detour off the typical backpacker trail.

Follow my adventures around the globe to discover how you can travel on a budget but still have amazing, unique experiences whilst supporting local communities and the the environment.